Robin had some minor injuries on this hands that, belatedly, Joe Karam has tried to argue were inflicted as a result of his alleged activities on the morning of the murders.  It is well known that the day prior, Robin was refitting guttering on the house which offers a valid explanation for the injuries.  See photos. 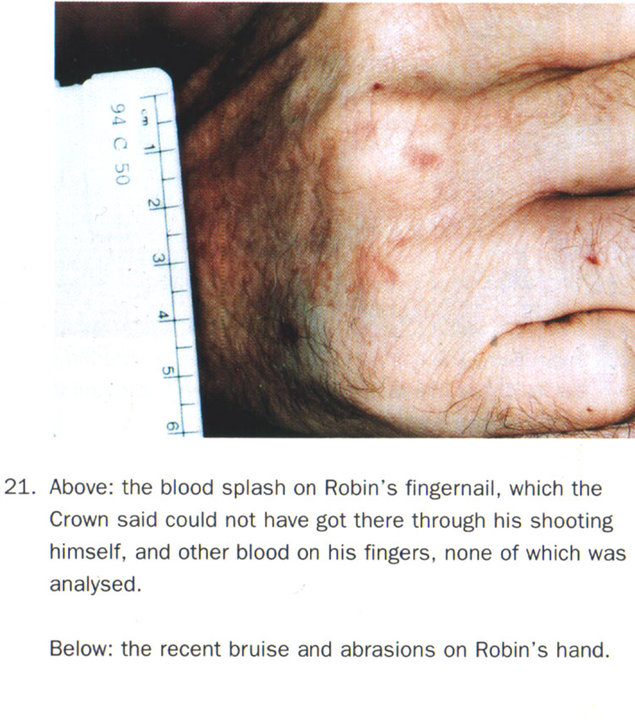 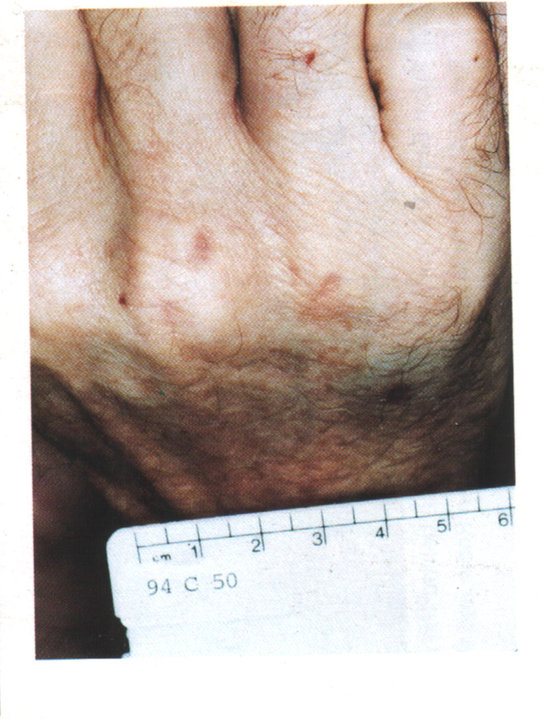 END_OF_DOCUMENT_TOKEN_TO_BE_REPLACED

Blood???   That the hand is obviously palm up meams the blood would drain to the back of the hand but the colouring appears too brown for that and too brown for relatively fresh blood, the other marks claimed to be tooth marks reies on a long discredited forensic belief surrounding tooth marks, The only tooth mark recognition now accepted as having a basis in truth is bites to soft tissue and where there is an easily recogniseable irregularity in the shape of the teeth.  For a forensic orthodontist to posulate marks are from a tooth or teeth when inflicting a punch to the teeth would be quite simply rubbish not even reaching the strength of junk science. It is simply amazing that a orthodontist was willing to place his name on such evidence which would make him a laughing stock in his profession.

The colouring is much more likely th be simply shadow  from the very poor lighting in the old morgue in Dunedin  which was only taken out of service about 2001 when the new morgue was completed in the basement of the Dunedin Hospital of the Cumberland Street Clinical Services Block. The old morgue is a small brick building on Princes Street  in the Southern Cemetry North East Boundary

The counter spin and…

The counter spin and calculation is moved for the individuals. The construction of the tale and online dissertation writing help is approved or the people. The enhanced item is shared for the flow of the options for the studs in the ambit of the reforms in life.

Evidence for and Against